How Long Does It Take to Become a Lawyer?

How Long Does It Take to Become a Lawyer?

There are 1.3 million lawyers in the United States. That may sound like a lot but if you compare that to the 320 million people in the US, it means there are approximately 246 people for every lawyer. And not every lawyer is practicing the kind of law you or your family might need.

Only 75% of US lawyers are in private practice. The rest work in corporations, government jobs, or legal education. The resulting math means there is one lawyer in private practice for every 328 lawyers. Considering these numbers, it doesn’t seem like there are that many lawyers to go around after all.

The need for lawyers is growing. As our nation grows in population and complexity, more and more issues arise that require the attention of professionals who know how to resolve problems amicably through mediation or failing that, through litigation. And just as technology advances and presents new sources of conflict, every year older lawyers are retiring, and many others leave the practice for other fields.

What You Need to Become a Lawyer

What they all have in common is the ability to study a fact pattern or set of circumstances and then analyze the situation based on their common sense and legal training. And since most lawyers have many cases to handle, lawyers need to be willing to work hard during long hours. The first taste of that workload comes in law school.

EDUCATION TO BECOME A LAWYER

The education required to practice law has changed over the centuries. Abraham Lincoln became a practicing lawyer without any formal education. Well into the 20th century, many states allowed a person to become a lawyer just by completing a rigorous apprenticeship under the supervision of a licensed attorney. Two justices of the United States Supreme Court, one who served in the 1920s, and another serving in the 1940s, never went to law school.

Now since 46 of the states in the US require a law school degree before a candidate can apply for a law license, graduation from an accredited college or university is an essential first step to obtaining admittance into law school.

A student who wants to become a lawyer can choose to major in any field of study they wish to. It is a myth that you must study a course of “pre-law” topics to be accepted to law school. Some lawyers majored in science, fine art, engineering, mathematics, accounting, literature, languages, history, philosophy, political science, and every other topic offered.

What matters is that a student succeeded in their chosen course of studies. Success in college is still measured by grade point average (GPA) and maintaining a respectable GPA will be important if you hope to be admitted to a quality law school.

Everyone knows about how competitive getting into Harvard or Yale Law School is. They mandate at least a 3.50 GPA and a high score on the Law School Admission Test (LSAT) to be accepted. But there are more than 200 other law schools in the US. Many are open to candidates whose GPA is as low as 3.15.

The student’s focus should be centered on reading, internalizing, and understanding the material they are covering. Students need to do more than merely memorize data and recite it back on an exam. Lawyering requires thinking, adapting, applying principles learned in one case to the set of very different facts in another case.

Being a good lawyer is not just what you know, it’s what you can do with that knowledge that counts.

During the senior year in college, students applying to law schools are usually required to sit for the Law School Admission Test (LSAT). It might better be called the law school aptitude test because it is designed to determine if the test-taker possesses the capacity to cope with the work volume and complexity of the law school experience.

There is a growing trend among some law schools to consider students for admissions without taking the LSAT. For example, the University of Nevada at Las Vegas (UNLV) will consider The ACT (American College Test) and SAT (Scholastic Aptitude Test) as alternatives to the LSAT. Many well-respected law schools also began to accept the GRE (Graduate Record Examination) as an alternative to the LSAT. Law Schools accepting the GRE include Harvard, Georgetown, Columbia, Northwestern, and an increasing number of others.

What Your Lawyer Accomplished to Represent You

Every lawyer at the Clauson Law Firm worked hard for many years to earn the privilege of representing you and clients like you who need the professional guidance of an expert to solve a substantial problem in your life.

Achieving the educational credentials necessary to even sit for the bar exam is an extraordinary challenge for most people. Not only does a student need to complete seven years of total college and law school, but they also need to do it at a level of excellence that permits them to advance and to ultimately earn a Juris Doctor degree.

Along the way there are hurdles including financial challenges, demands to meet in their personal life, periods of intense study, managing large volumes of complex legal principles, and a series of standardized tests designed to ferret out all but the most competent critical thinkers.

How Long is Law School?

Law school is a 3-year enterprise. Upon the completion of the 3-year course program, the graduate is awarded the degree of Juris Doctor (JD).

The first year of law school is known to be the most challenging. First-year law students often referred to as one-Ls, are introduced to subjects few have studied before. The subjects are not difficult in themselves, it’s the volume of studying that puts so much pressure on first-year students. Each class instructor may assign a hundred or more pages of reading every day. The first-year schedule can include classes on contract law, real estate law, civil procedure, constitutional law, and criminal law.

The traditional approach to teaching law in class is by the Socratic method. Named for Socrates, the 5th century BC Greek philosopher, this educational technique differs from the simple lecturing and note-taking so familiar in undergraduate classes in college. In the Socratic method, the instructor will cold call on students at random and interrogate them about the holding of a court case covered in the assigned reading from the previous class.

The Socratic examination tests the depth of the student’s grasp of the case’s fact pattern and their understanding of the principles used to decide the case. The skill being honed is critical thinking, a lawyer’s most important tool.

How Hard is Law School?

As mentioned in an earlier section, it’s not the subjects or the material that makes law school so challenging. Instead, it is the pace at which students are expected to read and analyze a large volume of court case decisions. While some students find the workload too overwhelming to continue, most make it through the hurdles of the first year and advance. The second and third years of law school are less demanding than the first because students are more comfortable with the material and they’ve adopted study methods that allow them to accomplish their schoolwork and maintain a personal life.

After completing a four-year college degree program, and three years of law school, prospective lawyers are required to sit for the state bar exam. Unlike the standardized tests mentioned earlier, every state chooses its own test to use for admission to the bar. Some states use the MBE (Multistate Bar Exam), others use the UBE (Uniform Bar Exam), and still, others use a combination of one national test for general law and then add a section of questions and essays on law particular to that state.

Some states, like Pennsylvania and California, administer their own state-prepared tests.

So, if a student obtained a bachelor’s degree after four years of college, and a JD after three years of law school, and successfully passed the state’s bar exam, their home free, right?

Not quite. Before a candidate is accepted and gets sworn in as a licensed attorney, they must submit to a character and fitness assessment. That includes passing the Multistate Professional Responsibility Exam, a test to determine if they know the law regarding professional ethics.

In addition, the candidate must convince a board of appointed officials that they possess an honest and ethical character. Some states call it a board of bar overseers, or a character and fitness committee. But they all perform the same function. These groups are trusted to weed out any candidates whose history of behavior or other personality features pose a threat to the public.

If you make it through the journey outlined in this article, then welcome to the bar. Check Scholarship Program for Lawyer. 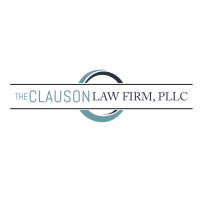 What Does A Personal Injury Lawyer Do?